Home > About us > Management Profiles

At Richard Lewis Communications we have a diverse team with broad international and business experience. For information on our different team members, or to find the right contact person for your enquiry, please read the profiles below. 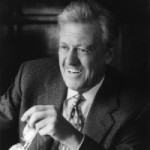 He is the author of over 10 books, an internationally renowned Cross Cultural Theorist and linguist. He is also the creator of the Lewis Model of Culture which is used by organisations all around the world. 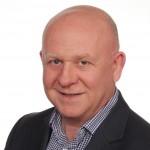 Michael Gates was a Scholar of St. Catherine’s College Oxford, where he gained an M.A. in English Language and Literature.

He worked for five years in radio before moving to Finland where he helped establish the Finnish office of Richard Lewis Communications, which provides cross-cultural, communication skills and business language training world-wide.

He is now Vice Chairman for Richard Lewis Communications internationally, but also takes an active role as a speaker and trainer. He is also an Associate Fellow of Saïd Business School at the University of Oxford, and a director of TCA Ltd. which specialises in negotiations between the West and China.

His clients have included Nokia, Microsoft, the World Bank, Duke Fuqua Business School, Rolls-Royce, the University of Oxford, and the Central Eurasian Leadership Academy. He is a board member of the Finnish-British Trade Association, and Director of Operations of The English-Speaking Union of Finland.

He has published numerous articles and chapters in books on cross-cultural topics, including in The Telegraph, La Tribune, People Management, and Management Next, the leading Indian magazine for senior executives.

He has five children, and has lived in Finland for 30 years.

Before beginning her role at Richard Lewis Communications, Caroline spent many years working with Japanese private companies and governmental bodies including the Embassy of Japan and the Japan Foundation in London.

Caroline has also worked as an independent consultant and researcher with the London-based company, Europa Business Services (EBS) since 1998. In addition to directing cross-cultural activities within RLC, Caroline delivers training and coaching to clients in the UK and overseas.

Caroline has a degree in Oriental Studies (Japanese) from Balliol College, University of Oxford, and an MA in Comparative Literature from SOAS, University of London. She speaks fluent Japanese and Spanish. 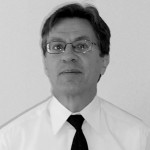 Stephen has been involved in English language training since 1977, beginning as a teacher and rising to Director of Studies. He has worked in language schools at a number of locations in the UK, as well as in Japan, teaching English to business executives, politicians, civil servants, doctors, lawyers and other professionals. He joined Richard Lewis Communications in 1989 as Director of Studies at Riversdown House.

Stephen has a BA Honours degree in French and German from Keele University and a Diploma in Teaching English as a Foreign Language to Adults (DELTA).