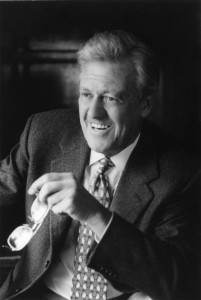 Richard Lewis Communications was founded by Richard D. Lewis, one of Britain’s foremost linguists and Cross Cultural Theorists. He also founded the Berlitz schools in East Asia, Portugal and Finland and spent several years in Japan, where he was personal tutor to Empress Michiko and five other members of the Japanese Imperial family.

One of his books, When Cultures Collide, has sold over 1 million copies and won the prestigious US Executive Club Book award in 1997. He currently lectures throughout the world on cross-cultural issues.

In 1997, Mr Lewis was awarded a knighthood in Finland, in view of his 40 years’ experience helping Finland to develop its international links, including assisting Finland in its preparation for EU presidency. In 2009, he was promoted to the rank of Knight Commander, Order of the Lion of Finland.

For further details of his life and works, please refer to his memoirs The Road from Wigan Pier.

His cross-cultural observations on current affairs events can be found at blog.crossculture.com.