Learn a language and forget about dementia 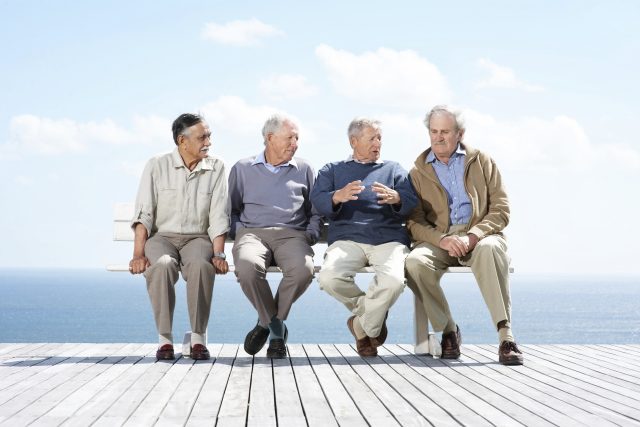 Recent studies in various academic institutions have concluded that bilingualism can delay the onset of various forms of dementia, including Alzheimer’s. These institutions include Sweden’s Karolinska Institutet, Cambridge University, Edinburgh University, the University of Toronto and the American Association for the Advancement of Science.

About 24 million people have dementia worldwide. Some 850 000 of these suffer from the ailment in Britain. I am glad to say I am not one of them, even though I turned 87 last week. I believe the fact that I can speak or understand 12 languages has a lot to do with it. If I, like many other competent linguists, can recall up to 25 000 words in foreign vocabularies, is it likely that I should forget where I parked my car, or what I had for breakfast?

Like famous actors and leading musicians, who perform prodigious feats of memory reciting long passages from Shakespeare or remembering the scores of entire symphonies, linguists strongly link hundreds of words with numerous in-built language connective ligatures to form a potent train of thought in a variety of everyday situations. This train of thought, in any language, may well be powerfully deductive, often challenging, and leading to clarity. All the more so if the challenge is increased by tackling self-expression in a foreign language. I find that even if a thought I have in English may be rather vague or nebulous in nature, I am compelled to seek more exactness in French or German. So delving into a foreign language may oblige an English speaker to steer clear of the English habit of “muddling through”, whether in word or deed.

Some languages, I learned, require more precision than others. French is certainly one of them, with its love of logic. German with its imperative declensions and case-endings, is certainly another. Latin, Italian and Finnish impose their own disciplines. English, particularly in its free-wheeling American variety, requires less mental exactitude, though its phrasal verbs cause the foreigner to shudder. Scandinavian languages fall into the easy-going variety, though Japanese, deliberately vague in its anxiety to avoid causing loss of face, is the vaguest, mistiest of all.

Acquiring a foreign language certainly is a healthy exercise for the brain, keeping learners on their verbal toes. And that is only part of it. It is common knowledge these days that language cannot be separated from the culture in which it originates. If you study French, you get to know about La Belle France; learning Italian introduces you to La Dolce Vita.

When I speak French, I become something of a Frenchman. Speaking Italian increases my passion for life. When I stumble along in Japanese I am five times as polite as when I speak English. So when you speak another tongue, a certain degree of acculturation takes place, your horizon is broadened, your personality expands – inevitably a potent defence against any reduction of your mental facilities.

Research into dementia seems to indicate that if bilingualism fends it off, it can do so even if you learn a second language late in life. Of course it is not so easy to learn a new language in one’s fifties or sixties (I have tried) but the fact that it requires more work may well mean that the extra effort stimulates you even more. If you decide to pick up another tongue in your mature years, I advise you to go for it hammer and tongs! Just as spirited running is better for your heart than a lazy jog, so immersion-like language study can open thrilling doors of opportunity and satisfaction! Ideally, you will fall in love with the new language, the new country, perhaps even with your teacher! There is no time for dementia after that.