Richard D. Lewis Quoted in New Book on Best Communication Strategies for Cultures Around the Globe 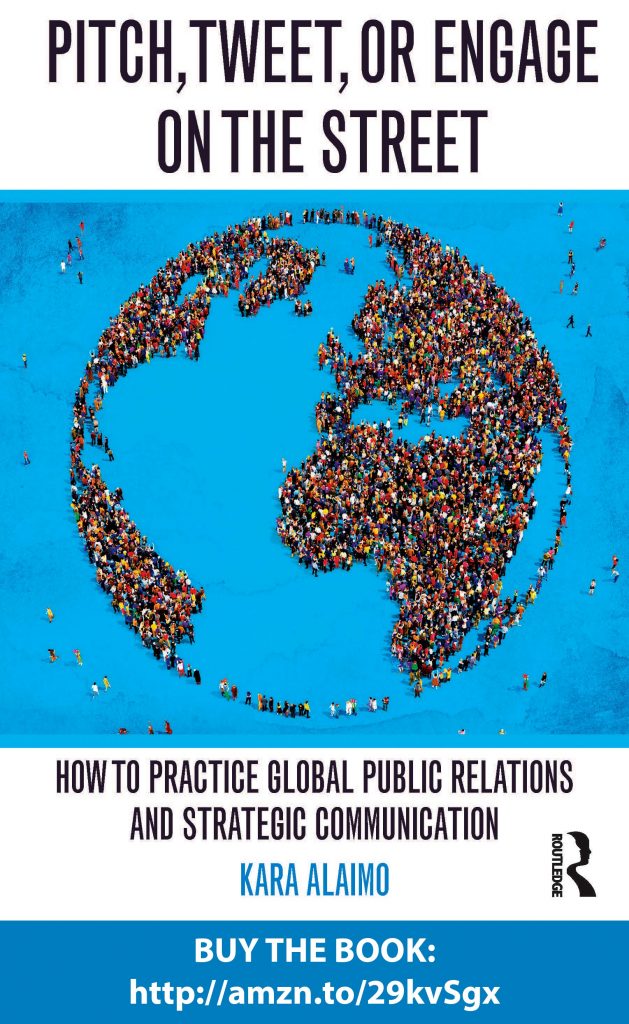 Richard Lewis is quoted in a new book by Kara Alaimo, Ph.D., which, explains how to adapt communication strategies for different cultures around the world. Pitch, Tweet, or Engage on the Street: How to Practice Global Public Relations and Strategic Communication, which was just published by Routledge, breaks the world into ten cultural groups and explains how organizations should adapt their messages, strategies, and tactics for each of them. The book is based upon Dr. Alaimo’s interviews with senior communication professionals in over 30 countries, as well as her own experience as a communicator in the United Nations and in the Obama administration.

“Corporations, non-profits, and national governments are increasingly dependent upon international stakeholders to achieve their goals, but the communication practices that work best in particular cultures differ dramatically around the globe,” said Dr. Alaimo.  “In the United States, for example, the posts that go on to trend on Twitter tend to be written by mainstream media outlets such as The New York Times, while in China audiences are skeptical of the government-censored press and turn to independent influencers on social media. Pitch, Tweet, or Engage on the Street takes readers on a tour of the globe, explaining how to adapt communication strategies, tactics, and messages for each of the world’s ten cultural groups.”

Pitch, Tweet, or Engage on the Street explains key dimensions on which cultures differ within Asia-Pacific, Europe, the Middle East, the Americas, and Sub-Saharan Africa. For example, Dr. Alaimo writes that in the United States, spokespeople are expected to remain calm and cool during media interviews. By contrast, in the Arab world, when talking about emotional subjects, spokespeople are expected to visibly display emotion – otherwise, they will not be trusted. She also writes about the expectations of reporters to receive “brown envelopes” containing cash in exchange for media coverage in Sub-Saharan Africa and other parts of the world.  Dr. Alaimo notes that one way that practitioners get around paying journalists in places where reporters are truly not compensated by news organizations for their stories is by offering meals at events and press briefings. Pitch, Tweet, or Engage on the Street also includes chapters on how to practice global communications on behalf of corporations, non-profit organizations, and governments, as well as a chapter on how to effectively utilize major global traditional and social media outlets – from Al Jazeera to the Chinese platforms Weibo and WeChat.

Friends of Richard Lewis Communications can receive a 20% discount on the book and free shipping using promo code FLR40 on this link.