A Question of Sport – Unity Through Football 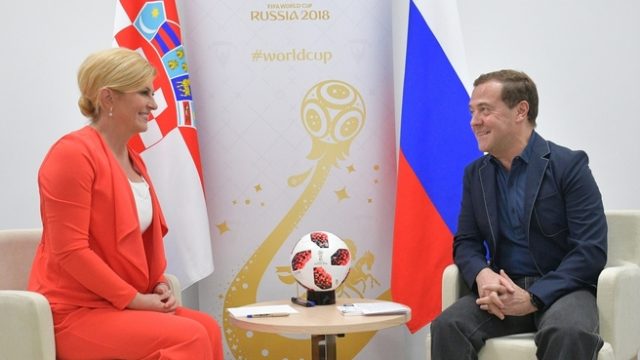 At a time when the World Cup tournament in Russia is drawing attention to the importance of sport, I thought that for this month’s blog I could use excerpts from a speech I made last month at the Likhachev Humanities Forum in St Petersburg.

I will follow this up with a further blog when the World Cup has terminated.

“We have heard this morning a litany of recurring problems and misunderstandings in international encounters in the fields of monetary policies, diplomacy and negotiations and political pressure.  When it comes to settling disputes between nations, is there any starting point?  Is there anything at all that everybody agrees about?  Our colleague Jerzy Wiatr has pointed out that while it is often possible for countries protecting nations’ interests to solve a dispute, be it for instance a border issue, through compromise, it is nearly impossible to do likewise when there is a clash of compelling ideologies, for instance communism, capitalism or competing religions.  Can the world’s two largest religions – Christianity with 2.3 billion adherents and Islam with 2 billion, ever cede ground to each other?  This is unlikely in the present climate.  But there is another religion even more widespread than Christianity or Islam.  It is a religion with an estimated 3 billion passionate followers.  Its major rituals and ceremonies are watched and promoted by all the world’s television companies.  Each country has one or two Gods of its own, though some of these command international recognition and affection.  This vibrant and addictive religion is called Football and its obsessive appeal unites millions of people in every corner of the world.

If we seek unity, can this obsession one day be utilized for humanitarian purposes?  Football – (and indeed sport in general) – ubiquitous and compelling – transcends borders and languages and has to be seen as a culture in itself, with its own history, traditions, rules, taboos and morality.  A conference such as this may not be able to ignore completely sport’s potential as a unifying factor.  In Likhachev’s words:

“Culture…is a humanitarian touchstone…brings eras and countries closer together.  Distance between cultures shrink, and there is less and less space for national enmity.”

Leaders of nations and politicians in general, have long been aware of the importance of sport in bringing people together and for enhancing national reputation.  President Vladimir Putin is one such leader, as his support of the Sochi Winter Olympics and his own sporting instincts have demonstrated.

Although football’s following dwarfs other sports, we have to take into account the huge impact of the Olympic Games and other world competitions: athletics, skiing, cycling and swimming, to name a few.  Two striking sports events in world history are reminders of how war can be avoided.  At Christmas 1916 British and German soldiers left their trenches to play a game of football in the middle of a war which brought the greatest slaughter the world has ever known.  In more recent times India and Pakistan, on the verge of war over Kashmir, agreed to play a series of cricket matches to minimize tension.  Thankfully, hostilities were avoided and cricket took its place.  More than 60 countries that play cricket cannot imagine ever going to war with each other.

How can politicians tap the huge sources of goodwill that exist between all sporting nations?  It is true that incidents of hooliganism and doping can engender negative attitudes, but sporting encounters on a huge scale can only result in increased closeness at many levels.  This applies particularly to the ruling bodies of sports.  I, myself, have witnessed the cordial relations which have existed for many years between the English Football Association and their equivalents in Japan and Germany.  The same applies to the Rugby federations in Britain, France, Australia and South Africa, as well as the skiing associations in the Nordic countries and indeed internationally.  The Tour de France occasionally runs some of its stages in England and Italy; even North and South Korea fielded a joint hockey team in recent times.

It is beyond my ability to visualize how closeness in sporting relations could be brought to bear to increase amicability in international political negotiations or crises.  I can only imagine that senior representatives of associations connected with football, cricket, skiing, athletics, swimming and other sports, if given a voice in the political arena, would contribute towards mitigation of hostility, would seek compromise solutions and would certainly strive, at all events, to avoid war.”