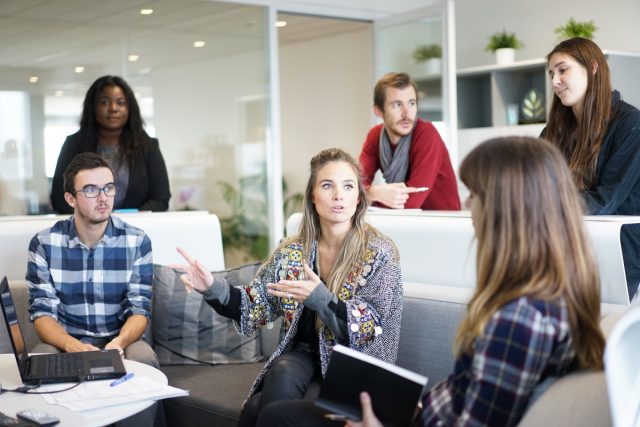 A cliché is a word or expression that has been overused to such an extent that it has lost some of its original force and is now rather boring. It is difficult enough to spot all the clichés in our first language without the added hazard of noticing them in an international language like English. Some clichés are observable in more than one language at the same time.

All of us have favourite words or phrases that are a genuine expression of our current thinking and preferences. However, English has such a large vocabulary that much repetition, or even a lack of sensitivity about this, can all too easily come across negatively. I list below some clichés to be careful with in a business context, along with some explanation and observations.

As you read the list, maybe you have never even thought that some of them are considered to be a cliché. Whether or not clichés are noticed as such by others when spoken, they look all the more heavy-handed when written down.

When suggesting alternatives I have tried to use wording that might be expected to last longer than the cliché it is intended to replace. Therefore, I have tried to avoid using another colourful idiomatic expression. You may be able to think of a better alternative than I give here.

at the end of the day

This expression sounds rather vague. If we do mean to be vague about the timing of how something will work out, we could say “in the end”.

bang for your buck

Most of the world does not deal directly in bucks (dollars) anyway, so the word ‘your’ is misplaced. The meaning could simply be rendered as “good value for (your) money’.

This expression is used too often by many young people to express their approval. An occasional alternative could be “Great! or “Good!”

the elephant in the room

There are now far too many elephants in the room. The office seems more like a nature reserve. This could otherwise be referred to by an expression such as  “the big unaddressed issue (here)”

This is one of those expressions that devalues what the speaker says at other times. If I don’t use this expression at the beginning of a difficult statement, does it mean that I am not about to be honest? Statements could begin “In fact, …” or “Actually, …”

This is in common usage among prominent people being interviewed by journalists, often indicating that the speaker is reacting defensively. The word could simply be left out.

It is a pleasant idea that the topic under scrutiny is like a fruit-bearing tree,  offering opportunities for some easy gains. Unfortunately, these fruit trees seem to be growing everywhere. Maybe, “A good place for some early progress could be …”

This grand expression has been around for several decades now. It is “a fundamental change in approach’ or “a big change”.

This is a translation mistake from languages like French and German that make more frequent use of the word. In the mind of many English-speakers, very little in the business world, present or future, is brilliant enough to be described as perfect. An alternative could be “Fine!”, Very good!” or ‘Excellent!”

To avoid another verbal oil spillage where there is no real pipeline, this might be better referred to as “It’s coming.”, “It’s in progress” or “It’s in process”.

my door is open

We hope it is, or at least unlocked.  Maybe better “I remain open to ideas and comments” or “If anyone would like to chat this over, please let’s do so”.

We could say, “It goes beyond current expectations” or “It raises the level for all of us”.

This is an old expression that can still very occasionally have a use. Maybe better, “to avoid wasting effort creating what already exists …”

This expression is cross-culturally inept: all cows are sacred to Hindus. It refers to what is considered all too easily to ‘be above criticism”.

English speakers value genuine expressions of gratitude. Being thanked in advance seems both robotic and manipulative (I’m so sure you will do what I want that I’m thanking you beforehand). Please do your thanking well in English – after the task is done.

think outside the box

We need plenty of people who can “think creatively”.

We could “renew contact” or “have some conversation (later on)” with someone in order to catch up on their news and progress.

This is a beloved expression of some business people, especially negotiators. We could point out instead that “Everyone benefits” or “There is benefit for everyone in this”.

This exclamation still has some currency, but it gets used too often. Alternatives of surprise could include “Cool” (see earlier).

It is not a crime to use an occasional cliché, especially if you know what you are doing with them, but it is not good to be known as someone who talks in clichés.